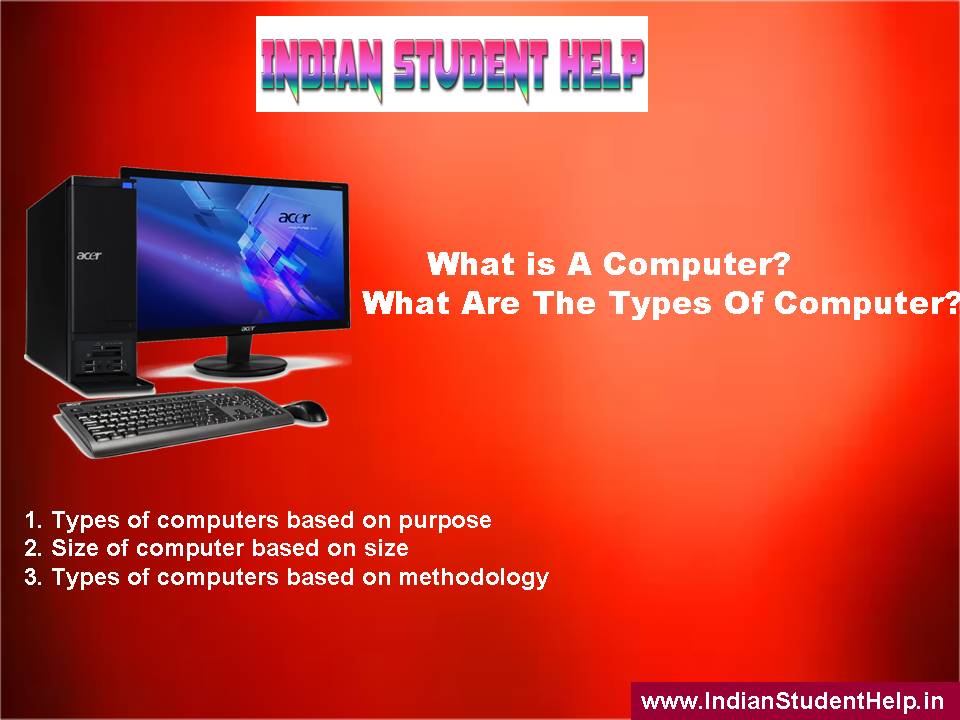 As soon as the
computer is taken care of, a different type of energy starts coming into our
brain. Computers have made our life easier in Bakai. Whichever area we go now,
work is happening very fast with the help of computers everywhere. If we did
not have a computer, today we would not have been able to hear anything called
internet and would not have done our work so fast. Computer has proved to be a
boon for humans.

A computer is an
electronic device that processes information in the data inputted by the user
and provides the information as a result, that is, the computer is an
electronic machine that follows the instructions given by the user. It has the
ability to store, retrieve and process data. You can use a computer to type
documents, send emails, play games and browse the web. You can use it to create
spreadsheets, presentations, and even videos.

How
many types of computers are there?

Computer is mainly
divided into three categories, which are as follows: – 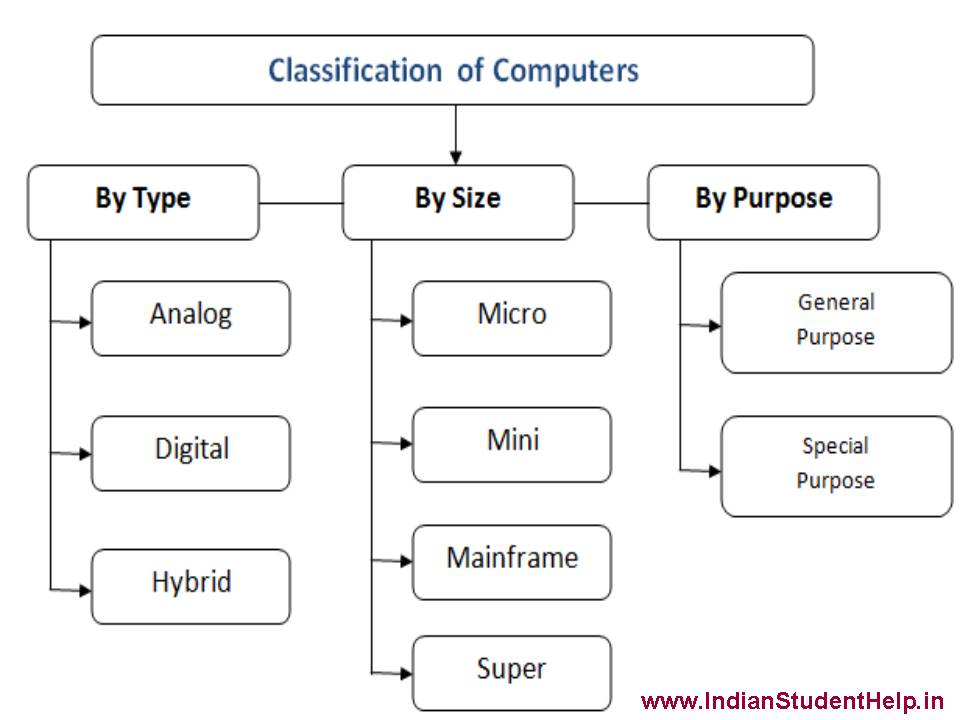 Now we will know
with full knowledge about all types of computers, in which category of
computers, which computer is described.

Read :  नासा हैकर जोनाथन जेम्स की कहानी (The story of NASA hacker Jonathan James in Hindi)
1.
Special Purpose (Special Purpose): A computer system in which its processor i.e. CPU is built on the
basis of its performance, we call it Special Purpose Computer. Such computers
are especially used in meteorology, research and research, space inspection
etc.

1. Micro
Computer (Microcomputer): A computer system that is small in size, which
has a micro processor, we call it Micro Computer. The size of the microcomputer
is so small that we can use it by placing it on the study table, in such a
computer all the work is done easily which a general purpose computer does.

2. Mini
Computer: A computer that has a higher speed of memory and processor than
Micro Computer, we call it Mini Computer. Such computers have more than one CPU
and mini computers are available at higher prices. The Mini Computer is used in
bank, reservation system, traffic modes.

3. Desktop
Computer: A computer system consisting of many parts like CPU, keyboard,
mouse, which shows the output on the desktop of the computer. We call it
Desktop Computer. The size of such a computer is large and it is difficult to
move it from one place to another repeatedly.

4. Super
Computer: A computer system that has more than one CPU, which is very large
in size and that more than one person can work simultaneously on that system,
we call it Super Computer. Such computers are used in Saidava space, research
etc. Super Computer is very expensive computer.

Read :  What Are The Difference Between LCD And LED In Hindi

1. Hybrid
Computer: A computer system which has the properties of both Digital
Computer and Analog Computer, we call it Hybrid Computer. Such a computer is
used to measure fuel on petrol pumps. From this we can say that the Hybrid
Computer is installed in the petrol pump.

3. Analog
Computer: A computer system that measures pressure, temperature, pressor
etc. and shows its result in digits, we call it Analog Computer. Analog
Computer Computer is used in the fields of science, medicine and physical.

what
have you learned

If you want to make
computer notes, then you can write your notes mentioned above. How did you like
this important information of computer, tell us by commenting and also share
this article with your partner, so that he too can know about all types of
computers. Thank you heartily for reading this article from beginning to end
…